Are you wondering how your Average Room Rate (ARR) is doing? Enter your revenue and the total number of rooms sold to find out.

The room rate calculator will tell you what your Average Room Rate was during a certain period.

The Average Room Rate (ARR) is the average revenue per room sold during a period. To calculate ARR, do the following: Divide the total room revenue by the number of rooms occupied during that period. Complimentary rooms and rooms occupied by staff are excluded from the calculation.

ARR is similar to the Average Daily Rate (ADR). The difference is that ARR is used to calculate the average income per room for a longer period (usually a week, a month, or 30 days). Contrary, ADR is used to measure the average rate of a single day.

Sometimes the complimentary and house rooms are included in the calculation. By also including these rooms, we can measure the effect they have on the Average Room Rate. This metric is often called the Hotel Average Room Rate (HARR).

The total revenue is the revenue earned by selling the rooms. This revenue is collected during the period for which the room rate is calculated.

# of Rooms Sold refers to the number of rooms that were occupied and paid for. Only the rooms occupied during the period for which the room rate is calculated are counted. Rooms that were rented free of charge (complimentary rooms) and rooms used by staff are excluded from the calculation.

Period refers to the period for which the average room revenue is calculated. Common periods are a week, a month, 30 days, or a year.

To calculate the Average Room Rate (ARR), we can use the formula:

where Room Revenue is the total room revenue, and Rooms Sold is the number of rooms that were occupied and paid for. Both are measured during the period for which the ARR is calculated.

When comparing different ARR numbers, you should always compare periods of the same length. Always compare weeks to weeks, months to months, and so on.

Using the formula above, we can calculate some common Average Daily Rates:

Your total room revenue during the last 30 days was $101700.00, and 25 of your rooms were occupied and paid for. Then, you can calculate your hotel average room rate from: 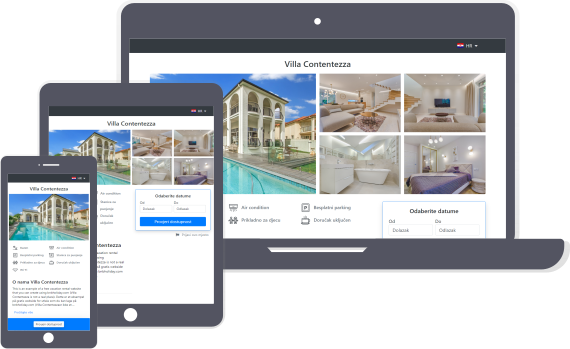 Your room revenue for one week was $7861.00, and you have 10 rooms that were occupied and paid for during that week. Your average room rate is given by:

Similarly, for a single day with revenue of $700.00 and 5 occupied (and paid for) rooms, your average room rate will be:

How to correctly interpret ARR numbers?

When trying to make sense of your ARR numbers, there are two things you should keep in mind:

Do you want
more guests?